I agree with this author on one key point: The cause of the bad sentiment against technology platform giants is based on weaknesses in our legal system. Beyond that, our arguments diverge.

See, our legal system is designed to protect consumer rights in a producer-consumer environment. And it has been adapted to protect communications intermediaries. But It is not designed to protect users in a prosumer environment – the kind of economic system that technology platform giants thrive on today. The result is that prosumer platform giants play in a very different playing field: they enjoy the protection and legal immunity of communications intermediaries, and are not required to enforce consumer rights because most of their users are not their (financial) customers. This gives them a whole lot of advantages that don't quite seem fair.

Personally, I think that the easiest solution to level out the playing field would be to make a few fundamental changes to the legal system. The two biggest ones are:

1) Redefine transaction.
A transaction is currently defined as a monetary transfer in exchange for goods or services. Whenever money changes hands, the parties involved have a lot of legal responsibilities to each other, including minimal guarantees, data protection, etc. But if money doesn't change hands, there is no transaction, and therefore no minimum mandatory protection. And that's one of the reasons why prosumer platforms in particular are so successful: they don't legally have to offer a minimum protection for their prosumer users. If we redefine transactions to be an exchange of value – monetary or non-monetary – then non-paying platform users would enjoy the same minimum protection as paying customers, which would in turn reduce bad sentiment and also help to level out the playing field.

2) Introduce servitudes.
Servitudes used to exist back in the Roman Empire. The concept was rather simple: You could own, sell or trade physical object, just the same way as you could own, sell, or trade particular rights to that object. For example, the owner of an aqueduct could sell the right to draw x amount of water from the aqueduct. Or the owner of a property could sell the right to block x amount of sunlight to his neighbor so that his neighbor could build an aqueduct. In the digital world, this would mean that you could own, sell or trade access rights as goods in a similar manner: e.g. the right to access personal information, the right hear a digital album, etc. This would allow digital goods to be treated as goods instead of services, eliminating a lot of legal shortcomings caused because digital goods are classified as services instead of goods. And, if the legislators get their heads straight, they could also simultaneously force businesses operating in the environment to provide consumers with a minimum usable amount of interoperability. 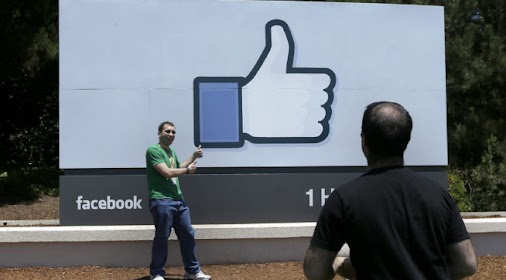 The Growing Backlash Against Big Tech
Ben Smith has a piece up looking at what we might call the groundswelling backlash against Big Tech. It’s not…

14 thoughts on “What causes the backlash against big tech?”