Neutrinos are little ghost particles: they weigh almost nothing, have no charge, and are very, very fast. Because they have no charge, and interact very seldomly, they are very hard to pin down. They are little ghosts. Until the turn of the century, they were thought to be the only particles of matter that don't have mass. But these two nobel prize winners discovered that they do have mass – confirming that all matter has mass.

Yet these little ghosts are also very important. When a star goes supernova, it emits a lot of energy. That's why it is so bright. But light is not the major form of energy leaving the supernova: neutrinos are. That's right, our little ghost particles make up the bulk of energy that a supernova produces, and travel across the cosmos at close to the speed of light – and maybe, just maybe, even faster than light.

You can read more about neutrino astronomy here:
http://profmattstrassler.com/2011/09/20/supernovas-and-neutrinos/ 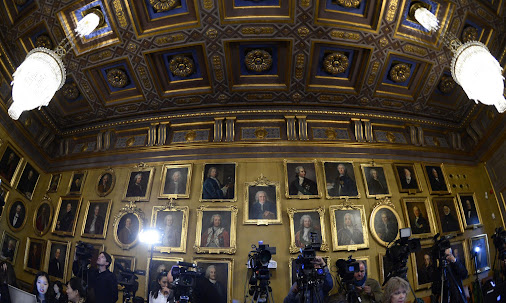 The Nobel Prize for Physics given for work on ‘nature’s most elusive particles’
Two physicists have won the Nobel Prize for Physics for their work to discover that neutrinos have a mass — one of the few things that we know about the elusive particles. Japanese Takaaki Kajita and Canadian Arthur B. McDonald were given the award today “for the discovery of neutrino oscillations, which shows that neutrinos have mass”.

2 thoughts on “Neutrinos have mass!”