Do you recall those kinetic watches that used to exist some time ago – the kind that charge when you shake them? No? Well, generating power for wearable electronics that does not need a battery has been a long-standing dream. And the latest attempt looks very promising.

This thin, flexible material has a bunch of tiny 'hairs' that harvest static electricity from the skin – sort of like how rubbing a balloon on your skin also generates electricity. The current prototype generates 90V at the touch of a finger. Not sure about the produced current, but that cetainly may be enough for some sort of movement-activated alert device, and perhaps a more energy-efficient smart device, watch, communicator, or glasses with HUD in the future. 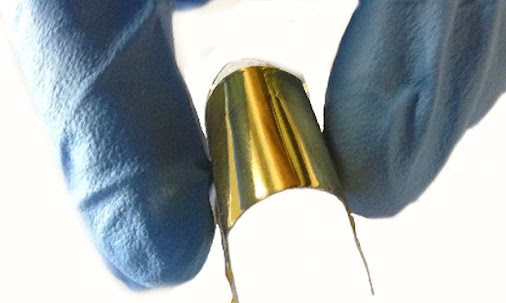