Whistleblower Edward Snowden received several standing ovations in the Swedish parliament after being given the Right Livelihood award for his revelations of the scale of state surveillance.

Snowden, who is in exile in Russia, addressed the parliament by video from Moscow. In a symbolic gesture, his family and supporters said no one picked up the award on his behalf in the hope that one day he might be free to travel to Sweden to receive it in person.

If anything, this highlights the true significance of data privacy invasion and the gradual shift towards a society where total digital surveillance is becoming a rapid reality.

And while digital data integration and homogenization does bring superior advantages and conveniences with it, the potential for data abuse grows too. Finding a balance, and providing the technical and legal basis to protect liberty, morality, and ethics while continuing to enable technological integration and advancement – for example by constructing and upholding a data use permission system. But this is so contrary to the goals of total surveillance… and, as the award recognizes, the problems associated with total surveillance are quite massive indeed, that standing up to protect our right to privacy is an act of heroism and a necessary step in ensuring the protection of basic human rights, more fundamental and crucial to prevent large-scale corruption and abuse than you might want to believe.

I recommend that you watch his acceptance speech – and hope, that the speech delivery via Google Hangouts does not give away sufficient information for US foreign agents to dispose of Snowden during his exile. After all, total digital surveillance leaves very little space to hide. 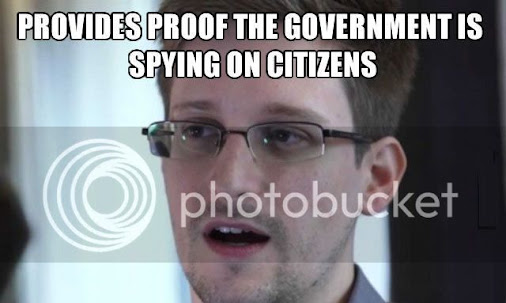 Snowden Wins!!!
Just a short diary to point out that Edward Snowden won the Swedish Human Rights Award for his daring and heroic revelations.