Of course, it is difficult to blame governments for mismanaging the Ebola outbreak. The outbreak is a combination of many things, among others: fragile infrastructure, cultural and educational limitations, limited resources, and fear.

Yet this inspirational story suggests that not all hope is lost. It seems that at least one company has succeeded in successfully quarantining Ebola as it showed up in their community through a combination of determination, innovation, and investment. Granted, they have resources and cooperation which most governments and communities did not, but their relentless methodology and handling of the Ebola cases which did show up is considerably different than in other treatment cases. Take, for instance, the first US Ebola case, who was 'accidentally' sent home, and recalled for treatment as things started going from bad to worse – a drastic contrast to immediate quarantine of the patient and family involved, with the effect of containing the virus before an outbreak could spread.

Perhaps we need to turn the order of handling the Ebola outbreak upside down. Instead of putting investment first and wondering why the invested money seems to be falling into a black hole, why not open up policies surrounding how foreign aid can be disbursed and channel some of it into following through with such innovative suggestions? 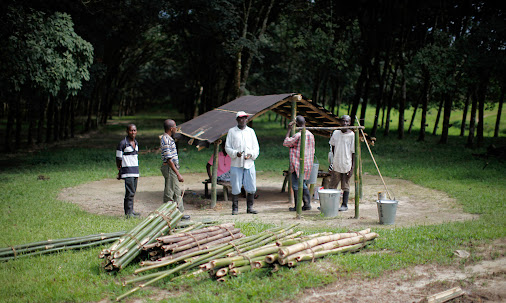 Firestone Did What Governments Have Not: Stopped Ebola In Its Tracks
There’s a company town in Liberia with 80,000 residents. Ebola was first detected in March. Firestone’s resourceful response has kept the virus from spreading.