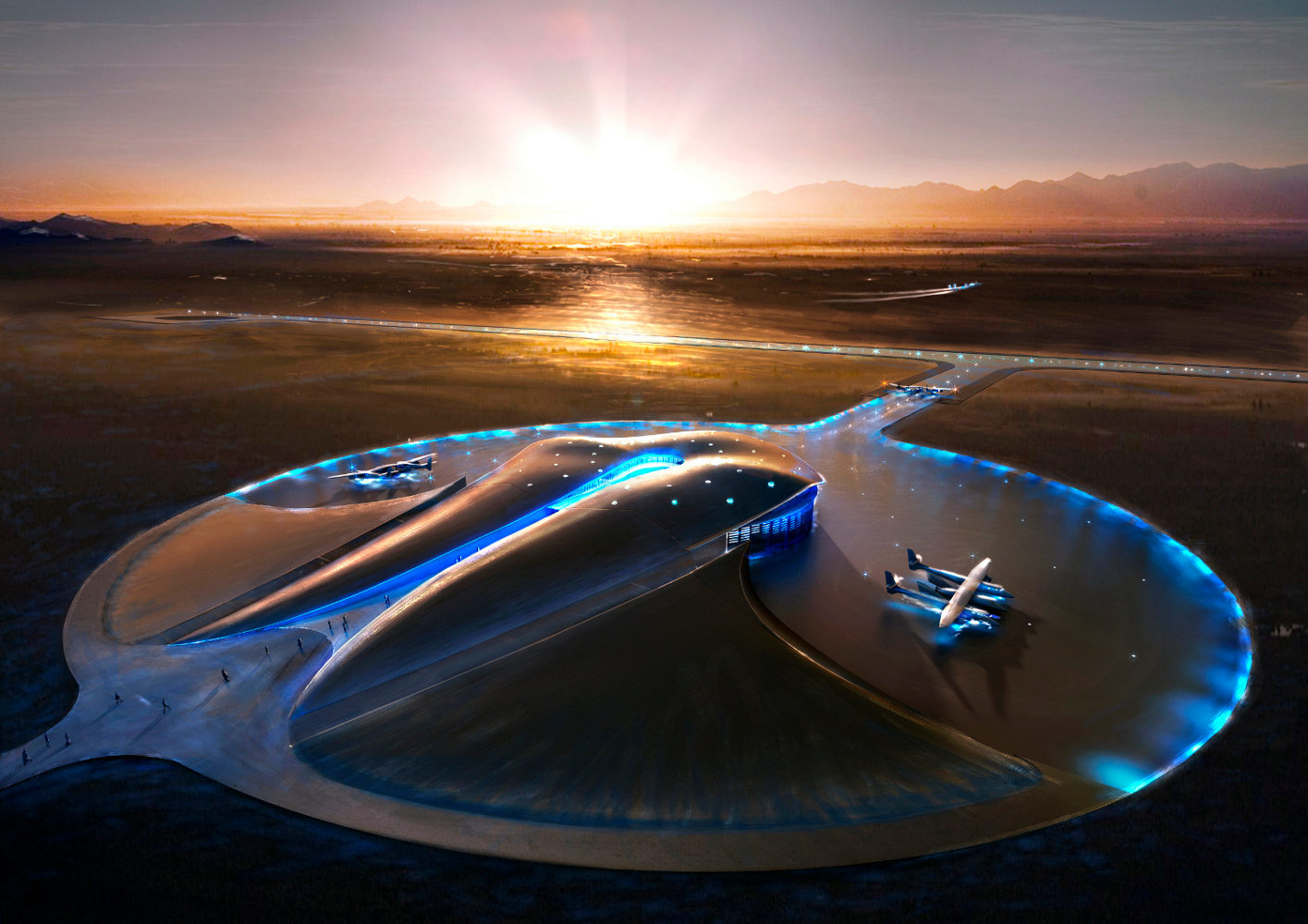 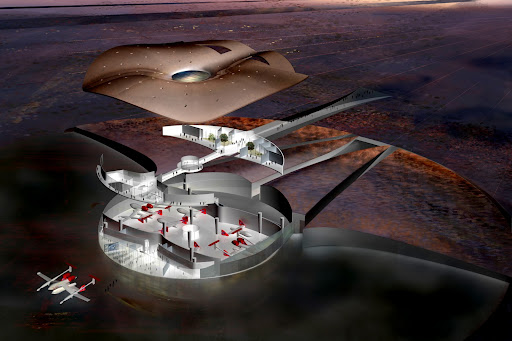 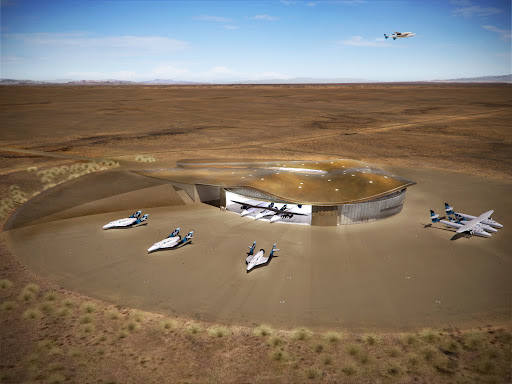 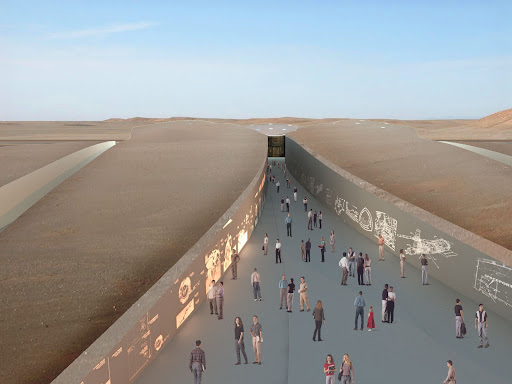 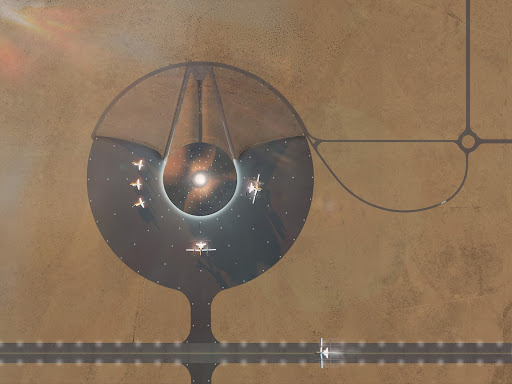 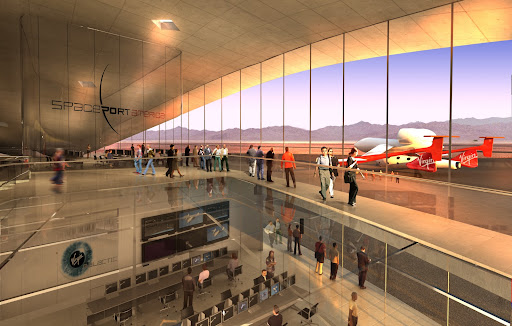 According to their site, the State of New Mexico will be paying for and operating this thing. I'm rather leery of government-run ventures, and – despite the cool pictures – this is one that I'm not convinced about.

The Foster + Partners and URS team has won an international competition to build the first private spaceport in the world – The New Mexico Spaceport Authority Building.

The sinuous shape of the building in the landscape and its interior spaces seek to capture the drama and mystery of space flight itself, articulating the thrill of space travel for the first space tourists.